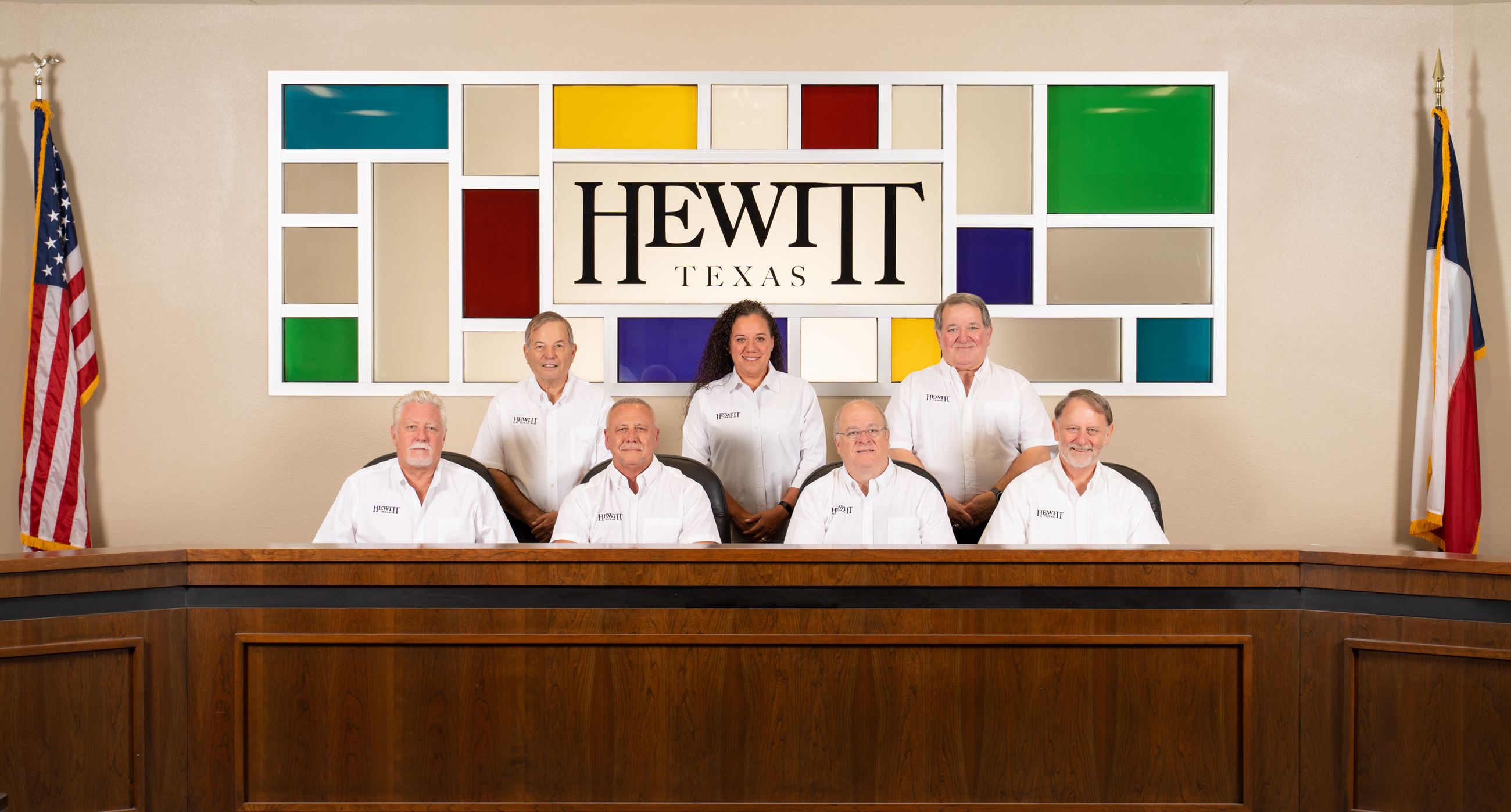 The City Council consists of seven members that are elected at-large. In general, the members’ seats are determined by ward. Two council places are designated in each of the city’s three wards, while one place is left at large. The mayor is one of the seven members on the council and is elected by the council once per year at the council meeting immediately after the election. Each council member must live in the ward that they serve; however, registered voters who live in the city of Hewitt are allowed to vote for any and all council positions during the general election. Click on this link for the Election Ward Map to find out what ward you live in.

The City Council typically meets at 7 p.m. first and third Mondays (unless otherwise posted) in the Council Room of Hewitt City Hall, 200 Patriot Court. The council holds workshops at City Hall prior to regular council meetings.